The most common type of story taught in screenwriting books is the single-protagonist “hero’s journey.” But not every story must fit this mold. Buddy pictures and romantic comedies have dual protagonists. The Hangover and Horrible Bosses are examples of three-ways.

There is a less frequently seen template where the hero duties shift from one protagonist to another at around the halfway point. For example, look what happens to Marion Crane at the midpoint of Psycho.

And if you thought Ellen Burstyn was the protagonist of The Exorcist, then why, after driving the story for most of the first hour, does she spend the last 45 minutes of the movie relegated to sitting and worrying and waiting while Father Karras steps in to do the dirty work of dispatching the Devil for her? Is it a flawed Oscar-winning script, or one of the top ten highest grossing movies of all time when adjusted for inflation? 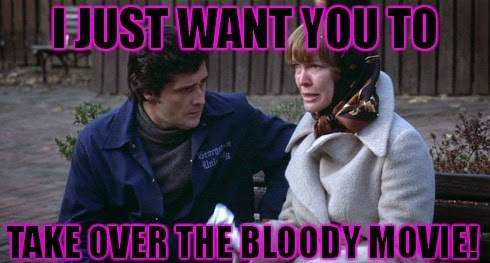 It turns out a number of films are capable of shifting from one protagonist to another without losing the audience. The first act of The Godfather was all about Marlon Brando, who is unconscious for most of the second act—and remains on the story’s sidelines after he recovers—while the other protagonist, Al Pacino, hides out in Sicily for half the second act, also not moving the story forward. Apparently, nobody minds when this happens in one of the most acclaimed movies of all time. 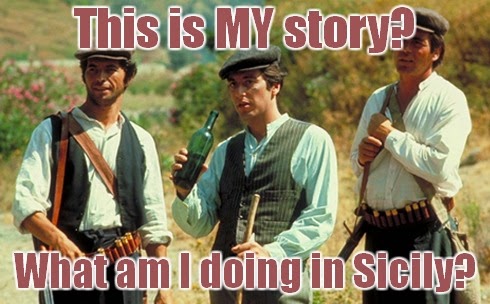 In the first half of Rise, James Franco raises a super-intelligent chimp in hopes of finding a cure for Alzheimer's before his father (John Lithgow) succumbs to the disease. Once the movie separates man and monkey at the midpoint, we stay almost entirely with the hairier hero (Serkis) for a gripping new story of an ape uprising while Franco's character, frankly, ceases to evolve.

Be careful. Write a script with a one-way seismic shift in protagonists like Rise, Psycho, The Exorcist, and The Godfather, and you're likely to hear professional readers trained on the one-protagonist-per-script paradigm call it a “mistake,” unless they’re looking at it in hindsight after it’s won accolades and grossed a fortune. So the tricky part is getting them to stop thinking like a chimp.

Rise was big and exciting and made over $480 million worldwide without limiting itself to a single protagonist on a single hero's journey because it knows: There's more than one way to save a cat in screenwriting.

(Portions of this article first appeared on Five Sprockets on August 15, 2011.)
Posted by Unknown at 10:35 AM No comments:

Email ThisBlogThis!Share to TwitterShare to FacebookShare to Pinterest
Labels: Five Sprockets, protagonist shift, Psycho, Rise of the Planet of the Apes, screenwriting, The Exorcist, The Godfather

ScripTipps Turns On The TV

There's never been a more exciting time to write for television. With the feature spec market a thing of the past, it seems more new writers are aiming for the small screen these days.

If you're trying to break into TV writing, you'll need two types of writing samples: A spec episode of an existing series and an original pilot. 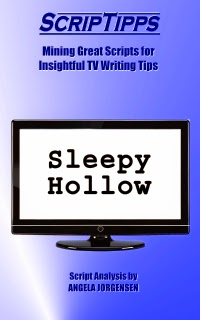 Last fall, SLEEPY HOLLOW won the most viewers of any fall debut on FOX and was the first series of the year to be renewed for a second season.

Conceived by unproduced, Black Listed screenwriter Phillip Iscove, the show is a mash-up of two Washington Irving stories: The Legend of Sleepy Hollow and Rip Van Winkle. What if Ichabod Crane slept for two centuries and woke up in 2013? 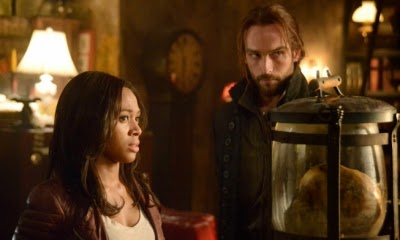 ScripTipps deconstructs the pilot episode of this smash hit series, analyzing its structural irregularities, how it introduces its important characters and themes, how it establishes a unique tone for the entire series, and more.

With this first TV-centric edition of ScripTipps, we also welcome a new writer to our team. 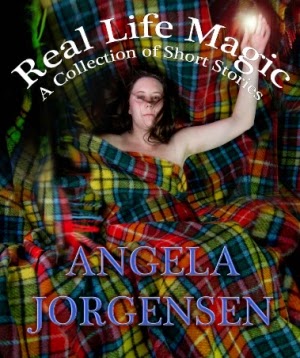 Angela Jorgensen originally hails from Iowa. She currently resides in Los Angeles and aspires to write for hour-long television dramas. She produced the short film Dolphin Dolphin’s Head and is currently producing a feature-length documentary, The Longest Straw. Her weekly column, As Scene on TV, analyzes individual scenes from TV shows, and can be found at firstclassreels.com. ScripTipps: Sleepy Hollow is her sixth book.