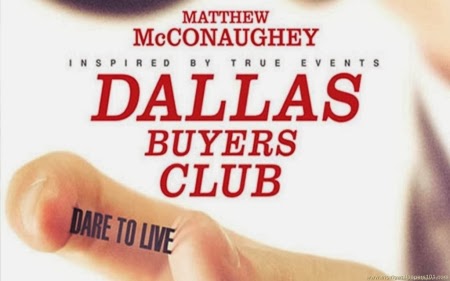 LOGLINE - A homophobic man gains compassion for the homosexual community when he contracts AIDS and struggles to legalize unapproved drug treatments that he believes will prolong his life.

WHO WROTE IT - In 1992, Craig Borten had been living in Los Angeles for five years, struggling to break into screenwriting, when he read an article about Ron Woodroof’s plight that resonated with him. Borten’s father had also grappled with seeking alternative treatments, for lymphoma, in Mexico.

Cold calls to Woodroof went unanswered until finally the would-be protagonist agreed to an interview with Borten. After three days, the Philadelphia native came away with 25 hours of tape which he began shaping into a screenplay that would take more than twenty years to make it to the big screen. Woodroof died a month after the interviews.
Melisa Wallack launched a Minneapolis tech company with her sister and, in 1995, moved to L.A. to run their West Coast office. There, she began meeting aspiring screenwriters. By 1999, Borten had sucked Wallack into his passion project, Dallas Buyers Club, and the pair collaborated on the screenplay over many, many drafts.

TRUE STORY - Six of this year’s nominated screenplays are based on true stories, all with varying degrees of truthiness. Dallas Buyers Club seems to be getting the most backlash for its dramatic licenses.

The supporting characters portrayed by Jared Leto and Jennifer Garner are both composites, of transgender women and doctors, respectively, but not necessarily of any transgender women or doctors who actually knew Woodroof.
Provoking more controversy, however, is that some people who did know Woodroof are claiming he was never homophobic and may have even been bisexual, thus fictionalizing the protagonist’s entire inner journey.

Even worse, some participants in the actual buyers clubs dispute some of the medical facts of the movie, calling the hero’s life-saving advice for HIV patients to eschew AZT treatments irresponsible at best, “murderous” at worst.

And then there’s the leading man’s metaphoric ride on a bucking bull that bookends the film. The real Woodroof is not known to have ever rodeoed.

WILL IT WIN - Like Philomena over on the adaptation side, the screenwriter first discovered his true story from a newspaper article. Borten, however, based his work on original research and invention, choosing not to option Bill Minutaglio’s article, thus landing in the Original Screenplay category. Philomena, on the other hand, is considered to be adapted from the book that was the subject of the article its screenwriter had found -- even though Steve Coogan ended up writing an essentially original work about the writing of the book he’d optioned. 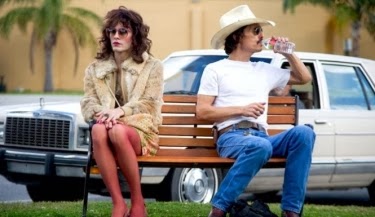 Being called “original” may excuse Dallas Buyers Club’s lack of factual integrity in some Academy voters’ eyes. After all, Borten and Wallack, using the creative freedom of “original screenplay” writers, have crafted the kind of courageous hero Hollywood loves. A David vs. Goliath cleverly circumventing the System in a fight to stay alive, combined with a gay-basher finding a soul-searching change of heart.

Dallas Buyers Club has six nominations in all, including Best Picture. Early favorites Matthew McConaughey and Jared Leto have been collecting prizes left and right for Best Actor and Supporting Actor, respectively. The writing, however, has picked up no other accolades, save for a WGA nod, which it lost to Her, the favorite at the Golden Globes and Critics’ Choice. If Spike Jonze doesn’t add Oscar to his trophy case, David O. Russell’s American Hustle, the only other true story in the Original Screenplay category, is the most likely script to pull off an upset.

READ THE SCREENPLAY - The December 2, 2012, draft (Green - Fifth Revision) can be downloaded FREE from Focus Features in PDF and EPUB formats (click here). The script is 93 pages. The finished film is 117 minutes.

This is Part 7 of our ten-part series of profiles on this year's Oscar-nominated screenplays.
Posted by scriptipps at 8:00 AM