An 80s Valentine's Weekend At The Movies

Valentine’s Day falls on a Friday this year. So Hollywood is taking aim at romantic moviegoers of all ages -- or at least those old enough to have started dating in the 80s.

Not taking any chances, three of the four big Valentine’s Day releases are remakes of 1980s hits. The fourth is an adaptation of a novel first published in the 80s.

Having hit it big with teens in 1968 for his racy-for-its-time version of Romeo and Juliet, Italian filmmaker Franco Zeffirelli tried to titillate love-starved high schoolers again with his steamy 1981 adaptation of Scott Spencer’s 1979 novel, Endless Love.

The book is bleak, more heavily focusing on the boy’s incarceration in a mental institution for being a dangerous, sex-crazed stalker. But Zeffirelli had Brooke Shields in his bag. The film featured her in soft light and various stages of undress with the title tune crooned by Lionel Richie and Diana Ross. Tom Cruise made his screen debut in a supporting role.

About seven years ago, I was contacted by a producer to write a treatment for a direct-to-video sequel that never sold. Instead, Universal has revamped the tragic love story for a new generation, with Gabriella Wilde, from last year’s Carrie remake, in the Brooke Shields role opposite Alex Pettyfer (Magic Mike, I Am Number Four) as her endless love interest. 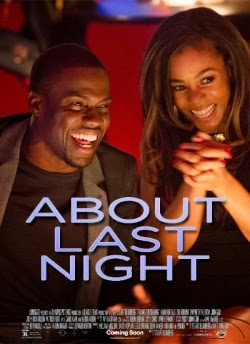 The updated film moves further from its original source material by about 2,000 miles, moving the action from the Chicago of the play's title to Los Angeles and removing the ellipsis from its secondary source’s title. Following in the footsteps of 2005’s The Honeymooners and 2010’s Death at a Funeral, About Last Night (no ellipsis) is reimagined with an all black cast. It’s also the only one of the this weekend’s three 80s remakes to retain its counterpart’s R rating. 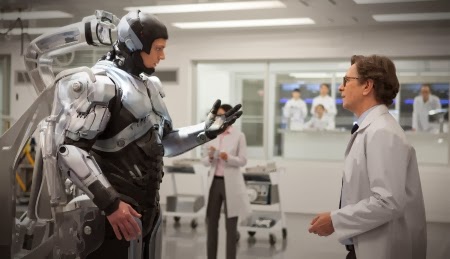 Boy meets girl. Boy is killed, revived as a robot, and hunts down his killers. Boy gets girl.

This redo follows the 2012 remake of another 80s sci-fi Paul Verhoeven hit, Total Recall. Look for a new Starship Troopers to complete the trifecta. Any chance a Spetters reimaginingis on the horizon?

Not to be confused with Shakespeare’s The Winter’s Tale, this weekend’s only previously unfilmed adaptation of source material from the 1980s is Winter’s Tale (no The), the directorial debut of Academy Award winning screenwriter Akiva Goldsman (A Beautiful Mind). Goldsman penned the script, based on the 1983 novel of the same name by Mark Helprin.

The complex, time-tripping narrative follows true love across a century as Colin Farrell and Russell Crowe fight an apocalyptic battle of Good vs. Evil in an epic fantasy about stopping time and bringing back the dead.

Which movie will you take your Valentine to? Next year's choice won't be as tough. Scheduled for release on Valentine’s Day weekend, 2015: Fifty Shades of Grey.
Posted by scriptipps at 12:00 PM