The Art of Dramatization 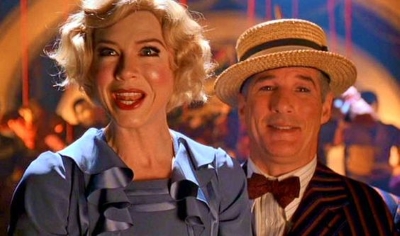 Criminal defense attorney Billy Flynn (Richard Gere) explains to his client, murder defendant Roxie Hart (Renee Zellweger), that he plans to reshape her public image in the press in order to gain sympathy with prospective jurors in the 2002 film Chicago. “Nobody’s gonna care a lick what your defense is unless they care about you,” he says.

Sometimes, you have to dress up the truth to make it interesting to an audience.

In Argo (2012), President Carter calls off a mission to rescue American hostages in Iran at the last minute, but Tony Mendez (Ben Affleck) decides to disobey orders and continue the mission anyway, at great personal risk to himself. Only that scenario, like much of the suspense in the third act of that movie, never happened. But it sure makes the film’s star (and director) seem more heroic.

Dramatization is a word we see on commercials, a disclaimer warning us that the product being advertised won’t necessarily work precisely as depicted when you get it home. Or in documentaries that use actors reenacting historical events that took place before the invention of film.

Dramatization means fake. So does fiction. All movies based on true stories that use actors to reenact those true stories carry the work-of-fiction disclaimer in their end credits.

Hidden Figures (2016) is based on the true story of three African-American women who worked behind the scenes at NASA to help launch mankind into outer space during the civil rights era. In the film, Katherine Johnson (Taraji P. Henson) is a genius mathematician who proves herself so valuable to the cause that she is assigned to work in the all-white, all-male Space Task Group led by Al Harrison (Kevin Costner). A unique problem this protagonist faces is that there are no “colored restrooms” in the building that houses the Space Task Group. 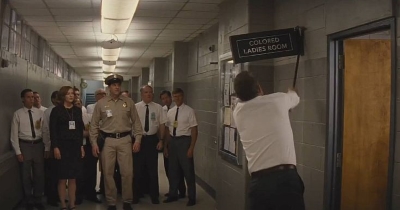 When confronted about her long bathroom breaks, Katherine explains to her boss, loud and clear, exactly why it takes her forty minutes to go to the bathroom. Harrison responds by brutally tearing down the “colored restrooms” sign, forever ending segregation in the U.S. space program. “At NASA, we all pee the same color,” he declares in one of the film’s many stand-up-and-cheer moments.

And one of its most fictional moments. While segregated bathrooms were still a real thing in the U.S. at the time of the Mercury launch, the real Katherine Johnson says she never felt segregation at NASA. “You had a mission and you worked on it.”

Unable to find “colored restrooms” in the east building, she assumed it didn’t matter and just used the white bathrooms for years before someone pointed out her mistake. She then ignored the reprimand and continued using the white bathrooms without further incident. No sign-smashing ceremony ever took place.

Imagine how unexciting a movie would be where events unfolded so uneventfully. Take a look at Loving (2016), for example. Also based on a true story, Loving explores the lives of the plaintiffs in the 1967 Supreme Court case that struck down laws prohibiting interracial marriage. 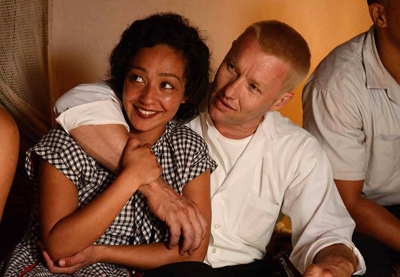 Writer-director Jeff Nichols has stated he “didn’t feel comfortable making things up with this story.” The script was based on a 2011 documentary that consisted primarily of vintage interview footage of the Lovings without narration or contemporary commentary, and no artificial drama added. The protagonists weren’t even present for their own moment of victory – a detail a more Hollywood movie maker would not have hesitated to tinker with. Nichols’ choice to not reshape events to make a more feel-good movie resulted in a fine film about an important subject that stuck as close as possible to the plain, boring, real-life truth and failed to find a wide audience.

But the bathroom sequence in Hidden Figures does more than dramatize a non-event for the sake of making it more entertaining. The movie is set in a time and place where all the ingredients of the scene existed. What’s more, the motivation for telling this untold story today is to highlight the achievements of people who feel marginalized due to race and gender. The few frames of Kevin Costner destroying a “Colored Ladies Room” sign in the trailer is a powerful visual that sells a lot of what this movie stands for: The times when we have to say, “Enough with all this discrimination nonsense. We have more important things we can be accomplishing together.” 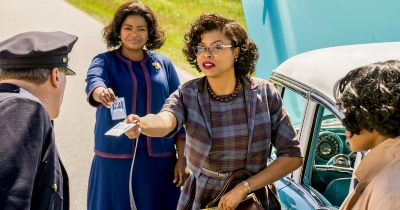 Any screenplay, even one not based on a true story, might have a scene that advances its story in much the way it would likely unfold in the dull old real world. Can that scene be improved with some creative dramatization? Probably.

Take any talking-heads scene in your script. Identify its source of conflict. Now think of a way to visualize that. Make that story beat’s point through a character’s action rather than dialogue. Dress it up. Turn it into a movie scene.

No one’s going to care about what your screenplay has to say unless it says it dramatically. Take it from Billy Flynn, a colorful embellishment himself. For Chicago, believe it or not, is yet another example of a dressed-up, highly entertaining dramatization of an already sensational true story. 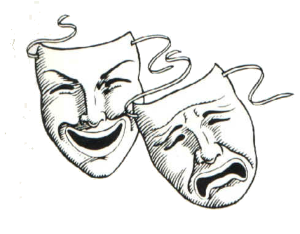 Posted by scriptipps at 5:00 PM No comments: