"[The director] knew that the heart of storytelling was to invest yourselves in the characters and the narrative. He never took his eye off of that. He never let the frosting of the sets and the design, even the special effects, overwhelm the story. And that's what he kept center stage. And that's why it was successful. If it was the other way around, it might have been a good trailer, but it wouldn't have been a good movie." - Peter Guber

It wasn't Tim Burton's Batman (1989), which Guber produced. Not that that wasn't a good movie, too.

And it definitely wasn't this summer's Man of Steel. Great trailer moments, sure. Or as David Denby put it, "Endless declamation, endless violence." Film critic Keith Phipps said it offered "much spectacle, but little wonder." Brian Gibson calls it "self-suffocating grandiosity." And according to Matt Neal it's "a humourless, melodramatic mess of explosions."

Man of Steel wasn't universally bashed, but the classic Guber was referring to is 1978's Superman: The Movie, directed by Richard Donner.

Find out what made the story work so well for the landmark, two-part epic that has endured for 35 years in this BRAND NEW ScripTipps ebook: 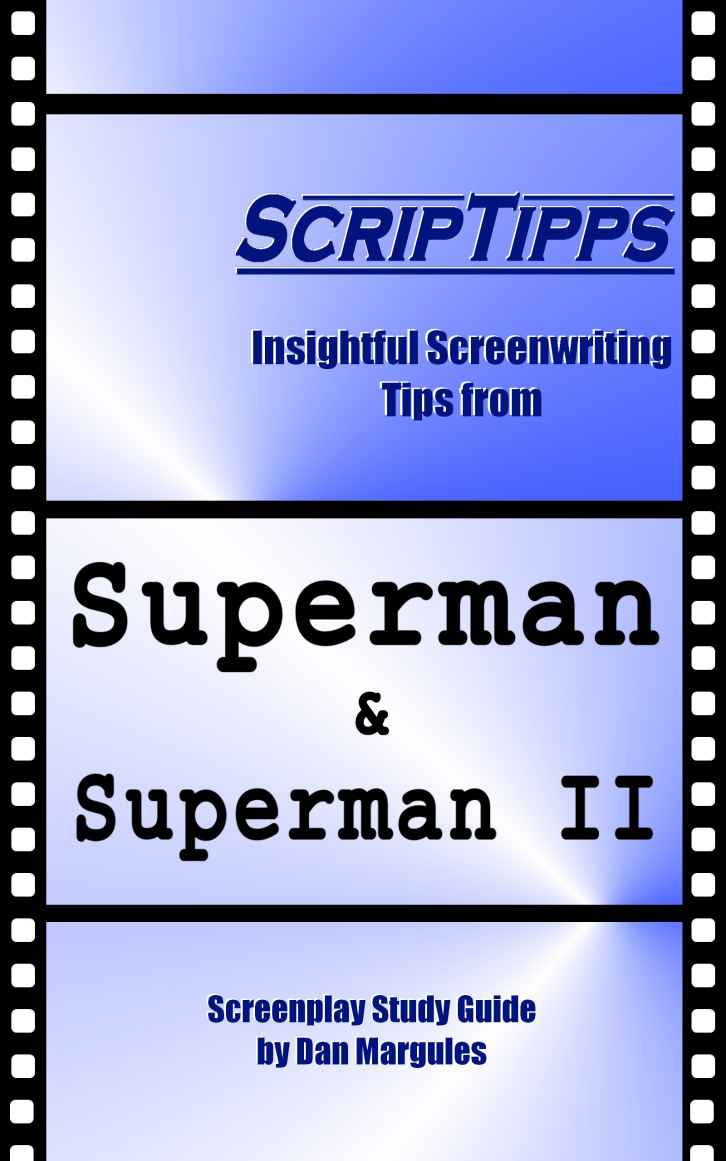 Richard Donner’s re-imagining of the comic book and kiddie show as an epic fantasy with biblical undertones made verisimilitude the template for all superhero movies that followed. The complex history of the writing, rewriting, and re-rewriting of the multiple versions of the two-part tent pole, are analyzed in this special double-length ScripTipps, uncovering valuable screenwriting tips which can be used to enhance any screenplay, big or small.

Let Superman teach you the secrets of writing strong character arcs and meaningful action sequences, telling stories visually, updating familiar genres with a new spin, avoiding and fixing plot holes when rewriting, and much, much more in this super ScripTipps screenplay study guide!

On sale now at Amazon.com and barnesandnoble.com.

Related article: A Brief History of Superman Movies
Posted by scriptipps at 3:22 PM