For our latest screenplay deconstruction, we turn to the 2007 Sundance hit Waitress, written and directed by Adrienne Shelly. We sat down with the film's cinematographer, Matthew Irving, for this internet-exclusive interview about how he worked with the screenwriter to tell her story visually. 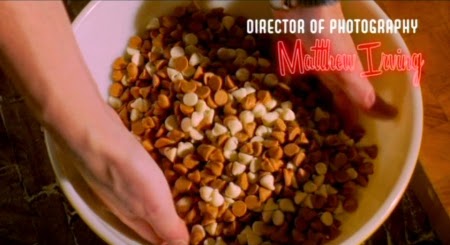 ScripTipps: What do you look for in a script when choosing what projects you want to work on?

Matthew: As a cinematographer, one of the primary things I look for in a script is a strong character arc; a distinct emotional journey upon which we can hang a strong visual style. I’m a big believer that style should not be employed merely for the sake of style, but should reflect what the character is thinking, feeling, experiencing. And that all starts with the screenplay. Camera movement, lens selection, color palette, lighting style and composition should all be carefully employed to enhance and support the material that the writer has set down on paper. If there’s no emotional, spiritual or physical journey on the page, then all stylistic choices are hollow. 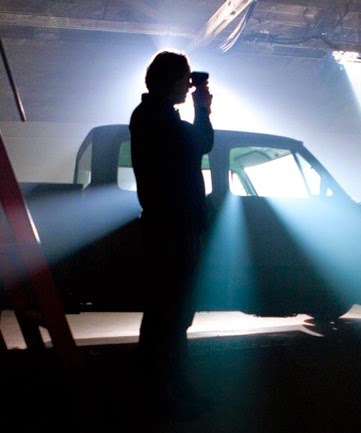 ScripTipps: How did you come to Waitress? What resonated for you in the screenplay?

Matthew: Waitress came to me through executive producer Danielle Renfrew and producer Michael Roiff. I had worked with Danielle on two previous features: the indie rave film Groove (which was nominated for an Independent Spirit Award) and the coming-of-age drama Daltry Calhoun (executive produced by Quentin Tarantino). They gave me the script for Waitress and I loved it, so I re-watched Adrienne’s previous feature I’ll Take You There, and before long I was interviewing with Adrienne herself. We hit it off immediately.

The script resonated with me due to its strong ensemble of characters and its inherent quirkiness. Some of my all-time favorite movies are slightly odd character pieces from the late 60’s and early 70’s: movies like The Graduate, Harold and Maude, and The Last Picture Show. I’m also a huge fan of Jim Jarmusch and Wes Anderson. When I first read Waitress, I saw this same type of quality. Adrienne’s staccato, rhythmic dialogue set the tone as effectively as any of her evocative descriptions. The story dealt with some very real issues and emotions, yet existed in a heightened fairy tale world.

I also responded to the fact that there was so much rich material upon which we could develop our visual style. In this case, that “rich material” wasn’t limited to the character’s emotional journey. Waitress had several distinct environments that could have their own rules and their own “looks”: from the cooler handheld world of husband Earl to the warmer sanctuary of Jenna’s pie kitchen, where most shots were executed using smooth, lyrical dolly moves. 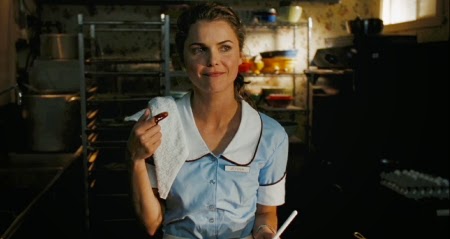 ScripTipps: The producers and stars of Waitress have remarked on Adrienne’s unusually clear vision of how the finished film would look. This is evident from the visual descriptions in the screenplay beginning with the title sequence on page one. What were your earliest discussions with Adrienne like about establishing the visual language of the story, which includes numerous detours into heightened realism, from Jenna’s imaginary pies to her frightening perspective of motherhood as occasionally seen in the unruly children she encounters?

Matthew: During our first shotlisting session, Adrienne was a fountain of ideas about how the movie should look. She asked me to revisit The Umbrellas of Cherbourg (directed by Jacques Demy) as an example of overall tone, and to give us specific ideas about color palette. As for the pie sequences, she indicated that they should feel as heightened and fantastic as anything in the original Willy Wonka and the Chocolate Factory. She wanted Jenna’s kitchen to be “safe” and “somewhere we want to be”.

Throughout our prep, the term “fairy tale” cropped up often when describing the story. This trickled down to specific lighting choices, such as the vivid blue/violet nights when Jenna meets Dr. Pomatter at the bus stop, or when Jenna is hiding money in the couch cushions at her home. In a more naturalistic story, I would never create night lighting with such neon color, but Adrienne wanted to “push” the look, and it was the right choice for the world she had written.

As often happens when I go through this intensive prep process with a director, our shotlisting helped crystalize Adrienne’s vision of the movie into tangible, shootable building blocks. It ensured that Adrienne and I were on the same page visually, so she could concentrate more on the performances – including her own – once production began. The shotlisting also allowed us to think of some new tricks that weren’t on the page. For example, there are two key moments in the film when Jenna and Dr. Pomatter kiss passionately and the whole world spins dramatically around them. This “rotating world” gag isn’t indicated in the script, but came out of our brainstorming sessions.
ScripTipps: How did working with Adrienne compare to other writers and directors?

Matthew: Adrienne was my favorite type of director to work with. It’s one thing to have a distinct vision, but what set Adrienne apart was her ability to clearly articulate what she saw in her head. This is the best foundation for a strong collaboration.

Since Adrienne was so articulate about what she wanted, I was on very solid ground in making stylistic suggestions I knew would be exactly in line with what she was looking for. And then it became a genuinely fun “dance” where we’d energize each other by firing off different ideas. We would pace around the production office or the Coffee Bean at the corner of Alta Vista and Beverly, giddy with the feeling that we were creating something truly special.

ScripTipps: You’re also a screenwriter. As a cinematographer, do you think more visually when you write? Can you give an example of how you might express an idea visually, on the page, that another writer would tend to convey through dialogue?

Matthew: As a cinematographer, I can’t help thinking visually when I write. I’m constantly tempted to use precise shot descriptions in the script, and have to stop myself from doing so. I’m adamant about avoiding any production terms or specific references to CAMERA on the page, while still trying to imply individual shots.

My scripts tend to be very dense with narrative description. I’m old school, and prefer to progress the story visually rather than through pages and pages of endless dialogue. I’ll leave that sort of storytelling to disciples of Tarantino and Mamet. I’m happiest when I accomplish something with as few spoken lines as possible.
A good example of this would be a scene from the comedy feature Odd Brodsky, which I co-wrote with my wife, director/producer Cindy Baer. At one point, our quirky heroine Audrey Brodsky finds herself at a crossroads: She’s offered a big promotion at a job she hates. She mulls it over at her favorite lunchtime café, where the universe seems to be giving mixed messages. One sign appears to say “QUIT,” but a second glance reveals that it actually says “QUICHE.” Another sign says “LEAVE” but then actually declares: “LEAF SALAD.” A final scrawl on the chalkboard sends the opposite message: “DON’T GO AWAY.” Audrey looks again and sees: “DON’T GO AWAY HUNGRY.” The whole scene is rendered without dialogue, until our confused Audrey steps up to the cashier and meekly declares: “Quiche, please.”
ScripTipps: On the DVD commentary for Groove you said, “I personally got into this business for the audience, to make a collective group, gathered together in a dark room, feel something in a moment.” From your experiences, what have you found are the best ingredients to make a moment like that happen?

Matthew: It’s a very different business now than it was when I said that. I’m a big believer in what I would call the “cinema of investment,” which has fallen out of fashion. These days, movies are so desperate to keep the audience’s attention. The average scene length is so short, and dialogue is streamlined during development so that every moment can serve the plot. To me, modern movies feel like they’re trailers for a much longer movie to come.

In my experience, the best way to get an audience to feel something is to invest them in the characters and the world. And this might take time and it might take “going through stuff” with the characters. And what’s more, that “stuff we go through” might not have to do with our main plot at all, just so long as it reveals something about the character. Then, once we actually know these people, we can carve out SPACE to make something which moves us. It might scare us, or make us cry, or give us chills because the moment is full of wonder… but we’ve EARNED it if we’ve put in the time.

One of my favorite non-pretentious examples of effective investment-and-payoff is the original Halloween from 1978, directed by the great John Carpenter. Think of how much time it takes that film to get going, and how much “shoe leather” the audience experiences. “Shoe leather” is the term the industry disparagingly uses to describe watching a character walk from one place to another. Filmmakers are usually pressured to “cut out the shoe leather” and make things tighter tighter, faster. But what would Halloween be without the shoe leather?

There’s a scene near the end of Halloween when Jamie Lee Curtis is walking across the street (more shoe leather), from the house where she’s babysitting to the house where her best friends have been murdered. It’s a real-time walk accomplished with only two intercut Steadicam shots, and it takes TIME. Add in Carpenter’s wonderfully atmospheric score and the distant sound of a dog barking, and the audience really FEELS something. The plot is being put on hold to experience this moment. Modern movies would probably cut to the character entering the front door of the murder house. But John Carpenter has invested in this moment so the audience can feel a well-earned chill. It’s incredibly well crafted, even if it’s “just a horror film.” To me, slow-burn moments are the most rewarding, and they’re becoming an endangered species.

Matthew Irving has lensed an eclectic slate of 27 features including the recent award winning films GEOGRAPHY CLUB (released last month) and A BIT OF BAD LUCK (starring Cary Elwes).  As a screenwriter, Irving's feature debut, ODD BRODSKY, can next be seen at the 17th Annual Dances With Films Festival. 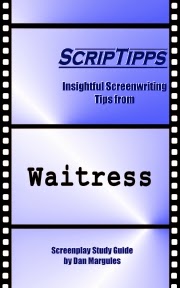 Waitress is also currently being adapted into a Broadway musical with music and lyrics by Grammy nominated singer/songwriter Sara Bareilles.
Posted by scriptipps at 8:00 AM