The Best Way to Improve Your Screenwriting 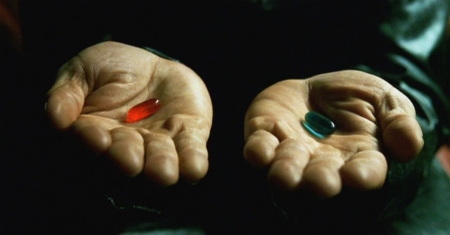 What if I told you there’s a magic pill guaranteed to improve your screenwriting? There is, and it's actually a lot more enjoyable than taking a pill, unless you're really into pill popping.

It’s called reading other people’s screenplays. Professional or amateur. I promise if you read enough of them, your own screenplays will magically start getting better. Here’s how.

First, join a writers group. When you’re starting out, reading another amateur writer’s work is the easiest way to see the mistakes that you are making, because we all make them. Too much dialogue. Telling, not showing. 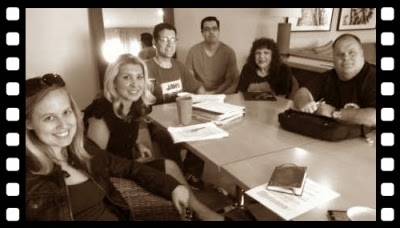 Of course, it helps to read good scripts, too. Fortunately, the internet is crawling with screenplays for almost all of your favorite produced movies. (Just be careful not to waste your time with fan-generated transcripts, which will have as much value to you as a “novelization” of an original script.) 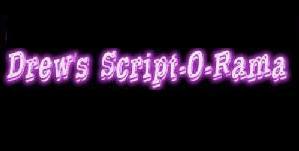 Seeing a movie on the screen is a lot different from seeing it on the page. Find the screenplays for some of your favorite movies -- preferably recent ones, because frankly, seeing how Billy Wilder wrote a classic in 1950 will not help you sell a screenplay in the 21st century.

Pick a movie you own on DVD and have watched more than a few times. Try writing out one of its scenes as if the final cut was actually from a movie you're writing that still exists only in your head. How would you translate that vision on paper? How does that compare with the way the writer wrote it? Study that screenplay. What’s the page count? How long are the scenes? What’s the largest block of dialogue? Are the scene descriptions bogged down in details about set decoration or blocking, or do they help you flow effortlessly through the script?

Now try reading screenplays for films you haven’t seen. Try it with the next movie in your Netflix queue that you can find the screenplay for. Read it before you watch it. How does the finished film match up with how you envisioned the scenes? Did the actors interpret lines differently than you thought they would? Notice any scenes missing? Try to figure out why before listening to the filmmaker’s commentary.

Like a magic pill, the tips offered here won’t help unless you actually swallow them. If you find yourself spending more time downloading a library of PDFs than actually reading them, you can remedy that by joining a screenwriters discussion group that forces you to read and analyze one script a month for a produced film in current release instead of reading and critiquing its members’ screenplays.

One such group, in existence since 1981, is the StoryBoard Development Group, which meets the second Monday of the month on the studio lot at 20th Century Fox. So far in 2015, this excellent group has dissected the Academy Award-winning adapted screenplay The Imitation Game, Oscar nominated scripts Nightcrawler and Whiplash, Cameron Crowe’s latest, Aloha, Sundance favorite Me and Earl and the Dying Girl, and more, with such outstanding guest moderators as two-time Emmy winner Erik Bork and Dirty Harry screenwriter Wendell Wellman. Visit StoryBoardDG.com for information on how to join the fun.