Where to Find Free Story Ideas

Stuck for a story idea for your next screenplay? So are the studios. It seems all they make these days are sequels and remakes of tried-and-tested properties that have proven track records.

The good news is, you can too! While you may not have the rights to spec a screenplay out of the Marvel Universe, nothing prevents you from dusting off an old classic that’s in the public domain and throwing it into contemporary times where modern teen moviegoers can relate to it. 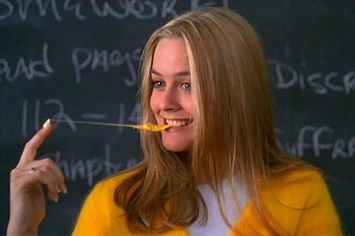 Here are five other hit modernizations of classic stories: 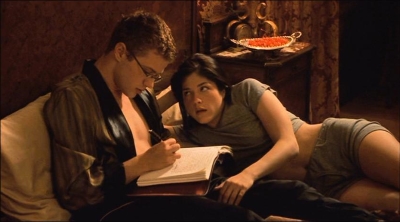 The 18th century French novel Dangerous Liaisons by Pierre Choderlos de Laclos, about seduction and revenge, was updated in 1999 by writer-director Roger Kumble to this kinky drama set among the privileged teens of a Manhattan prep school. The movie, which, like Clueless (spoiler alert), featured hints of incest between step-siblings, starred Sarah Michelle Gellar, Ryan Philippe, Reese Witherspoon (playing a virgin while hiding a baby bump in real life), and Selma Blair. An attempt to spin it off into a TV series was repackaged as two direct-to-video sequels. 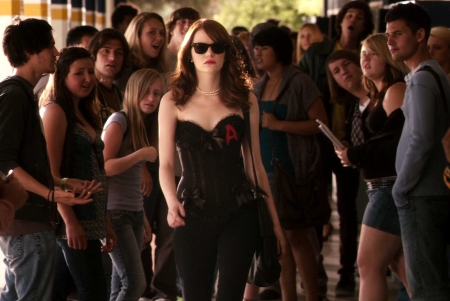 Nathaniel Hawthorne’s 19th century novel, The Scarlet Letter, of 17th century adultery, was spun on its head by 21st-century screenwriter/playwright Bert V. Royal as Emma Stone’s Olive Penderghast becomes the most popular girl in school when she embraces false rumors of her promiscuity by branding her wardrobe with Hester Prynne’s letter of shame. The $8 million film brought in $58 million domestically and earned Stone her first Golden Globe nomination for her first starring role. 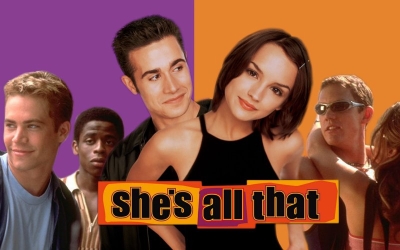 The classic 1913 George Bernard Shaw makeover play Pygmalion (also the source material for My Fair Lady) got the modernization treatment from R. Lee Flemming Jr.’s 1999 teen rom-com with BMOC Freddie Prinze Jr. challenged to transform dorky Rachel Leigh Cook into Prom Queen material in six weeks. M. Night Shyamalan is said to have done a Pygmalion to the script before it went into production. The Weinstein Company is rumored to be developing a remake.

10 THINGS I HATE ABOUT YOU 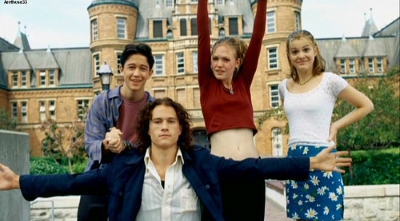 Fifty years after being parodied in Cole Porter’s Tony award winning musical Kiss Me, Kate, Shakespeare’s 400-year-old story The Taming of the Shrew landed in a modern American high school with Heath Ledger as a contemporary Petruchio vying for a date with shrewish Julia Stiles. From a spec screenplay by first-timers Karen McCullah & Kristen Smith, who would go on to update the Bard again, turning his Twelfth Night into 2006’s She’s the Man. In 2009, 10 Things became a short-lived TV series on ABC Family.

Jerome Robbins transported Shakespeare’s warring Montagues and Capulets from Romeo and Juliet’s 16th century Verona to modern-day New York and set it to music (by Leonard Bernstein, with lyrics by Stephen Sondheim and book by Arthur Laurents). The Broadway production danced away with two Tony awards (and four more nominations), while the 1961 film adaptation, scripted by Ernest Lehman, captured ten Academy Awards, making it one of the most celebrated screen accomplishments of all time.

The 20th anniversary of Clueless has been commemorated with entertainment journalist Jen Chaney’s new behind-the-scenes book, As If!: The Oral History of Clueless as told by Amy Heckerling and the Cast and Crew.
Posted by scriptipps at 2:00 AM

Email ThisBlogThis!Share to TwitterShare to FacebookShare to Pinterest
Labels: 10 Things I Hate About You, adaptations, Clueless, Cruel Intentions, Easy A, list of 5, public domain, remakes, screenwriting, She's All That, West Side Story