Flipping Your Characters to the Same Page 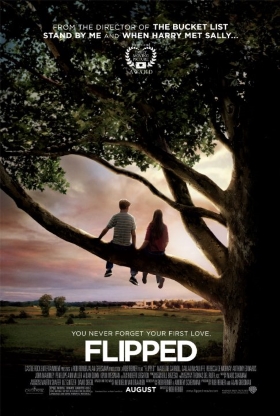 Has this ever happened to you? Someone behaves in some unexpected way toward you. You can't imagine why, so you make up an answer that you project onto them. Later, you find out the real reason was something you never would have guessed.

As human beings, we are all guilty of seeing life primarily from our own point of view. We sometimes forget to apply empathy to figure out other people. As writers, we need to understand the motivations of all our characters, not just our hero. Otherwise, we end up with supporting characters who seem to exist merely as a convenient way to give the main character a reason to react the way we want him to.

It's okay if the protagonist doesn't understand where another character is coming from. It's lazy if the writer doesn't. Don't let your characters be too "on the same page." Give each one of them a complete life with believable, distinct motivations informed by their experiences outside the scenes they are in.

Rob Reiner's overlooked 2010 gem Flipped is the perfect illustration of how to do this. The script (by Reiner and Castle Rock co-founder Andrew Scheinman) was built around a narrative structure that constantly reminds us there are two sides to every story. Take the first scene for example: 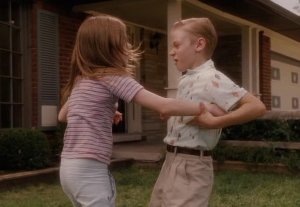 When second-grader Bryce Loski moves to town, the little girl across the street aggressively tries to help him and his dad unload the truck. The father can tell Bryce needs help getting away from this bundle of cooties who can't take a hint, so he sends his son inside to help his mother. But the girl follows him. In trying to get away from her, their hands accidentally clasp. Bryce is now holding hands -- with a girl! Then his mother comes outside and the distraction gives him his chance to let go. He runs and hides behind his mom.

Cut to Scene 2. It's the exact same scene, but this time from the girl's point of view: 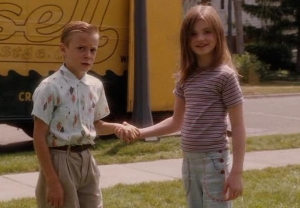 When the new boy moves in across the street, second-grader Juli Baker goes over to help him and his dad unload the truck, just to be neighborly. The boy's father sends him inside to help his mother. Juli can tell the boy doesn't want to leave, so she chases after to him to see if he wants to play before he gets trapped inside. The next thing she knows, he's holding her hand and looking into her eyes. Then the boy's mother comes out and the boy gets embarrassed. But Juli knows the boy has feelings for him. He's just too shy to show them. Boys are like that.

See what they did there? The same scene. The boy and the girl are literally on the same page -- in the screenplay --  but they arrived there along completely different paths. Each character has his or her own unique thought process and never truly understands what's going on in the other character's head. They're left to draw their own conclusions. They're often dead wrong.

The movie continues in this fashion, with each scene told first from Bryce's point of view, then repeated from Juli's. It's more than a gimmick. It's the film's way in to understanding misunderstandings.

Flipped is Reiner's best movie since A Few Good Men. Many critics compared it to his 1986 coming of age classic Stand By Me because it's set in roughly the same period -- late 1950s to early 1960s, a deliberate choice by Reiner; the 2001 novel by Wendelin Van Draanen on which the movie is based is set in present day. But Flipped has more in common with Reiner's 1989 hit When Harry Met Sally..., for which he and writer Nora Ephron took great pains to give both lead characters equal weight, to draw each with the same emotional depth.

Flipped is a sweet story of puppy love, but it is also a good reminder for writers to put more thought into the complexities of human nature that arise whenever two distinct, thinking human beings interact. It's not a bad life lesson, either.

(A version of this post was first published on Five Sprockets on September 13, 2010.)