Screenwriting Exercise: How To Use Netflix To Watch Movies Like A Script Reader 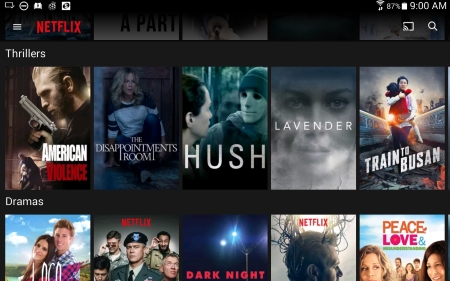 So you’re all caught up on the latest season of Orange Is the New Black and now you’re looking for something else to watch. You scroll through the other offerings on Netflix, ready to take a chance on something different, hoping to find that hidden gem you’ve never heard of.

You browse description after description but you can’t decide between a movie about a retired CIA agent whose ex-wife goes missing while vacationing in Tehran or that one about a tough-as-nails high school gym teacher who uses questionable means to push his students to their physical limits.

Some of your choices may have recognizable names in the cast, but those might have just been a paycheck for the star while the film is hardly worth your time. Some are likely straight-to-video/cable/VOD/streaming, but these days many outstanding feature films – such as Josh Boone's Stuck in Love, which only played on 21 screens – fail to get wide theatrical distribution simply because nobody wears a cape in them.

You can’t possibly watch everything. Whichever movie you start, you’ll probably watch it through to the end even if it’s not grabbing you right away because you never know, it might pick up. And besides, if you stop partway through, you won’t have time to get in another whole movie. Unless...

Imagine you’re a Hollywood script reader armed with a stack of spec scripts to read. Most will be shit, but one of them might be that elusive diamond in the rough that you can recommend to your boss so she can win an Oscar and forget to thank you in her 45-second speech. You’ve never heard of the writers of any of these scripts. You look at the loglines to decide which ones pique your interest. You read those first. You can tell a script not going anywhere in less than ten pages so you fling it against the wall and move on to the next one. You don’t have time to read them all. 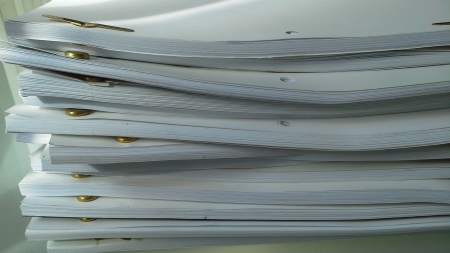 In this sense, the script reader's dilemma is not unlike the one you already face as a consumer trying to pick a movie to watch on Netflix. So try this experiment as a writing exercise: Pick a handful of movies that sound promising. Doesn’t matter whether it’s the plot description, the cast, the director, or the thumbnail image that gives you hope. Just go with a bunch of movies you don’t know that much about. Ideally, you haven’t even seen their trailers. You should know not that much more about each film than a reader would know about your script from just its logline and page count. After all, readers prejudge your script based on its premise, page count, or any nonstandard formatting that stands out from just thumbing through the pages before they read the first FADE IN the same way you prejudge any finished movie to decide if you want to watch it.

Now watch only the first fifteen minutes of each movie in your test queue. One opening sequence after another. If you watch the first fifteen minutes of six to eight movies, you’ll have spent as much time in total as it would take to watch one full movie, but now you’ll have a better idea of which of the six or eight movies show the most promise without having invested the time to watch all six or eight movies all the way through. Chances are, only one or two will be worth revisiting. Here’s where the educational part of this game comes in.

Log back onto Netflix tomorrow to finish one of the half dozen or so movies that you started yesterday. Which one will you start with? Go with your gut. Which one do you most want to see more of? Unlike the criteria you used to decide which movies to start, the choice you make now will be based on the strength of the execution of the film’s opening scenes rather than its premise or cast. Strength of execution is what a script reader is evaluating in those first ten pages.

Examine what drew you back to the movie you had to finish first. Did it get the story started quickly and leave you dying to know what happens next? Did it introduce you to a character you are looking forward to spending more time with? Did the tone match expectations set up by the film’s description and poster image or whatever criteria led you to pick it in the first place?

Even if you plan to eventually finish all the movies you started, you have no choice but to prioritize them. Think of the ones at the bottom of that list. Can you remember what happened in them up to the point where you stopped watching? Was it anything exciting, or was the film taking its sweet time setting things up, leaving you still wondering what it was really about after investing a quarter of an hour in it? If Netflix drops one of those movies at the end of the month before you have a chance to finish it, would you go out of your way to get the DVD to find out where it was going?

Analyze what was and wasn’t working about the first fifteen minutes of the movies you want to get back to first and the ones you’ll never get back to, then take a hard look at the first ten pages of your screenplay. Does it suck the reader in? Does something happen right away that leaves the reader dying to know what will happen next? Is the main character compelling, and do we see what’s compelling about him or her in the first three pages? From the very first page, does the tone match the expectation set up by your logline and title? Can the reader tell from the first ten pages that the script is going somewhere, or will he still be wondering at page eight what the screenplay is eventually going to be about? Has anything major happened in the first five pages, or is the reader more likely to find something more exciting happening in one of the other scripts in his pile? If the reader is distracted by a phone call or a fire and must put down your script at page ten, was there something in those pages that will have left him dying to get back to it?

Readers sometimes cite “too many typos” as the number one reason they’ll stop reading a script after just a few pages, but the truth is, they’re just not that into the script. They’ll overlook a hundred typos if a script truly hooks them the way the opening scene of the first movie you decided to continue in this experiment did. So pay attention to what does and doesn’t hold your interest in these randomly selected movies’ beginnings and make sure your first ten pages, as well as the next 80 or 90, will grab the reader the same way.

Posted by scriptipps at 2:00 PM