If you're tired of all the usual suspects (Halloween, Psycho, The Shining, The Exorcist, Freddy, Jason, Hannibal, and Chucky), here are five chillers you might have missed... 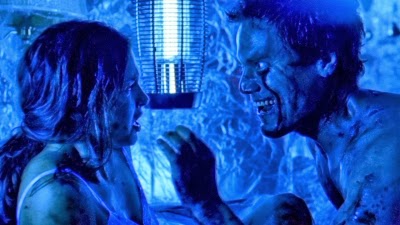 BUG - Contrary to the title, there are no monstrous insects in this creeper from The Exorcist director William Friedkin. Based on a play by Pulitzer Prize winner Tracy Letts (who also wrote the screenplay), this intense meditation on paranoia stars Michael Shannon (Man of Steel's General Zod) just two years before his first Oscar nomination (for Revolutionary Road) and Ashley Judd in mind-blowing performances as two lost souls who really know how to bug each other.

THE CELL - Vincent D'Onofrio is a serial killer every bit as demented as Hannibal Lecter and sadistic as Buffalo Bill. He's been caught, but his latest victim is still trapped in a cell somewhere with just hours to live. Only the killer knows the location, and he's in a coma. Jennifer Lopez is a pre-Inception dream-walker. It's up to her to navigate the chamber of horrors inside the killer's mind to find out where the missing girl is in time for Vince Vaughn to save her. From a spec script by first-time screenwriter Mark Protosevich (Thor, I Am Legend, next month's Oldboy remake). 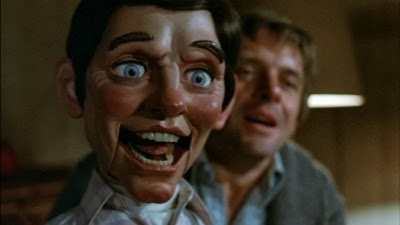 MAGIC - Thirteen years before dining on a census taker with fava beans and a nice Chianti, Anthony Hopkins played a homicidal ventriloquist in this 1978 thriller whose trailer was pulled from TV because it gave children nightmares. Written by William Goldman (of "Nobody knows anything" fame), the most suspenseful moment in the film has no blood, no killing, no chases, and no chilling music. It occurs when Burgess Meredith challenges the disturbed Hopkins to last five minutes without speaking through his dummy. Can he do it? And what will happen if he can't? 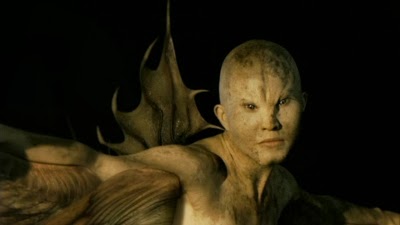 SPLICE - Oscar winner Adrien Brody (The Pianist) and Oscar nominee Sarah Polley (Away from Her) are genetic engineers thinking about having a baby -- so they design one in the lab with DNA spliced together from various animals. Needless to say, their life-creation experiment goes about as well as is it did for Dr. Frankenstein. But the scientist couple loves their little babything -- maybe a little too much. Directed and co-written by Vincenzo Natali (Cube), the script goes down paths most twisted screenwriters would avoid. 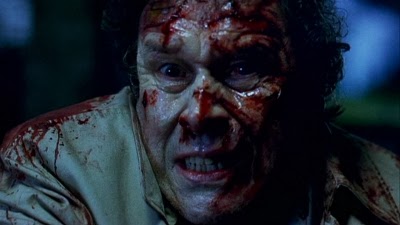 STUCK - It could happen to you. You're driving home on ecstasy. You hit a homeless guy. You panic. You flee... with the homeless guy still stuck in your windshield. The scariest thing about this movie is it's based on a true story. Ripped from the headlines by Re-Animator director Stuart Gordon, this gruesome thriller puts Mena Suvari (American Beauty) in the driver's seat with Stephen Rea (The Crying Game) as the bum who's having a really bad day.

Ready to write your own scary movie? Then peruse ScripTipps: Carrie first. The scene-by-scene dissection in this ebook culls hundreds of screenwriting tips from #46 movie on AFI's list of the 100 most thrilling American movies of the 20th century.