The Journey Makes the Hero

My good friend, jazz critic Jonathan Widran, appeared on a podcast last week for a wide-ranging discussion that included a dash of politics. A liberal Democrat, Jonathan weighed in on Bernie Sanders’s recent surge in the polls, noting that, “Even if Hillary [Clinton] is ultimately the [Democratic party’s] nominee, it sharpens her in the debate. She has to be on her game. She has to fight for this. It’s not just like a coronation.”
What Jonathon is touching on is the crux of the hero’s journey. By losing the nomination to Barack Obama eight years ago, Hillary was forced to go on a journey, as Secretary of State, that made her a stronger candidate in 2016. Were it not for her opponent, she might have become president sooner, but a less experienced one. Now armed with sharper skills and fiercer determination, she’s ready to square off against Sanders, and then her real enemy, the as-yet-to-be-determined Republican candidate. A battle-scarred Hillary Clinton who survives these gauntlets would certainly be a better president than one who had a victory handed to her more easily.

This is classic storytelling. Things are never easy for our screen heroes. If they were, their movies would be boring. Screenplays are about characters facing and overcoming obstacles.

At the end of The Wizard of Oz, Dorothy learns she had the power to go home all the time. Glinda could have told her so right from the start, but apparently there’s no such thing as a good witch. Instead, she sends Dorothy on a journey to the Emerald City. The heroine learns about reason, compassion, and courage from a trio of new friends she meets along the way. But when she arrives at her destination, the wizard doesn’t solve her problems as promised. Instead, he sends her on a second journey to face and kill her sworn enemy. 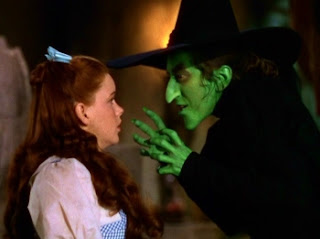 With the Scarecrow on fire, Dorothy thinks fast to bravely save her friend by dowsing him with water. A single act of brains, heart, and courage that (Spoiler!) turns the villain into collateral damage. Now, when Glinda finally fesses up and tells Dorothy how to get home, she will return to Kansas stronger than the scared little nuisance we met in the opening scene.

In the 1978 film Superman, Lex Luthor understands this intrinsically when he revels in the ill-timed arrival of of his rival, saying, “To commit the crime of the century, one would naturally want to face the challenge of the century.” Luthor is the villain, but like all well-developed villains, he behaves as though he is the hero in his own story. But he applies the same principle to the movie’s real hero, presenting him with the challenge of keeping the West Coast from falling into the ocean while simultaneously preventing a disaster of similar scope on the opposite end of the country. Oh, and before he can perform either of those heroic acts, he must break free from the deadly chunk of Kryptonite chained to his neck—while underwater. 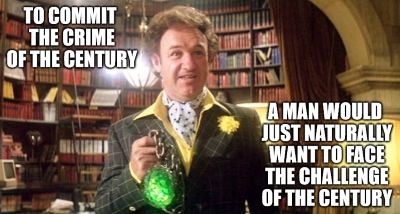 Even with all those obstacles, the writers realized that Superman repairing a quake-damaged dam might look spectacular but lacked an emotionally satisfying conclusion to his arc. While already in production, they decided to (Spoiler!) kill Lois Lane, presenting the hero with his greatest challenge ever. 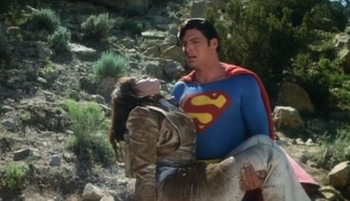 Only the emotional devastation of losing the woman he loves can push him to disregard his father’s strictest law forbidding him to change human history. Now he emerges from his journey no longer the boy who was powerless to save his adoptive father, Jonathan Kent, but instead the hero who has fulfilled Jor-El’s prophecy from the beginning of the movie: “The son becomes the father.”

The same is true if you’re writing a small indie movie. In Winter’s Bone, the hero, Ree Dolly, is ultimately handed the solution to her problem. As in The Wizard of Oz, the sisters could have saved her a lot of time and suffering by taking Ree to her father’s secret resting place up front. Instead, they force her on a journey. One by one, she tracks down and confronts her father’s associates, each one scarier than the last, until she stands face-to-face with the top dog. Only then, after navigating her version of the nine circles of hell, has she proven her perseverance and earned her enemy’s trust. Now when she’s given her prize, she is more prepared take on the hand she’s been dealt as the new head of her family. 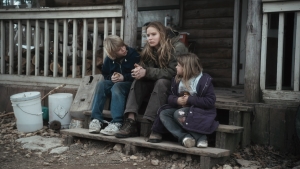 ScripTipps TIP: Nothing ever comes easy to the hero.

ScripTipps TIP: The greater the challenge a hero faces, the more he deserves the reward.

ScripTipps TIP: Send your hero on a journey that prepares him to solve the problem that initially seemed hopeless.

ScripTipps TIP: A well-developed villain behaves as though he were the hero in his own story.

For a further deconstruction of the screenplays for Superman: The Movie and its sequel, with hundreds more screenwriting tips, read ScripTipps: Superman & Superman II.