Oscar nominations will be announced this Thursday. Here at ScripTipps, we only care about two categories: Best Adapted Screenplay and Best Original Screenplay.

The Golden Globes only have one category for feature screenwriting. A surprise win this year, that award went to HER, written and directed by Spike Jonze. 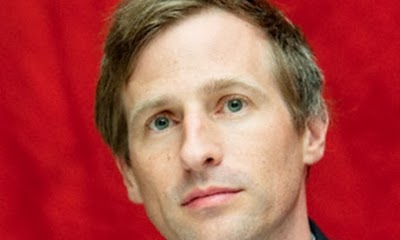 How do the rest of the accolades stack up for scribes so far?

Only one screenplay has been nominated by all five organizations: NEBRASKA, a spec script by Bob Nelson, nominated in the Spirit's Best First Screenplay category. Clearly, this script is guaranteed a Best Original Screenplay nomination from the Academy. 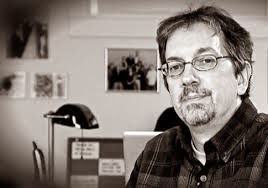 The next most nominated screenplays, with four nods apiece, are AMERICAN HUSTLE by David O. Russell and Eric Singer, BLUE JASMINE by Woody Allen, and 12 YEARS A SLAVE by John Ridley, based on the memoir by Solomon Northrup, which wasn’t eligible for a WGA nomination.

Russell is a recent favorite of the Academy's, nominated twice for directing, with an extra nod last year for his adapted screenplay, Silver Linings Playbook, and Hustle just picked up the Globe for Best Motion Picture Comedy or Musical, plus lead and supporting actress trophies for Amy Adams and Jennifer Lawrence, giving it the most wins last night in features. 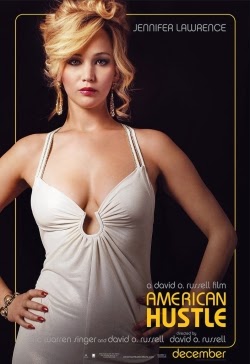 Allen, of course, is a long-time Oscar favorite, with four wins, including three for writing (in 1978, 1987, and 2011) and 19 more nominations (12 of those for writing). Ridley has never been nominated before, but Slave has been the early favorite and picked up the Globes' top prize last night, Best Picture Drama, so an adapted screenplay slot is a given.
Scripts with three nominations so far are likely to wind up on Oscar’s shortlist: Before Midnight (adapted), Captain Phillips (adapted), Her (original), Philomena (adapted), and The Wolf of Wall Street (adapted).

This leaves one slot open in the Original Recipe pile. The two most prominent candidates are Inside Llewyn Davis and Dallas Buyers Club. Davis comes from the Coen Brothers, winners of four previous Oscars (two for writing) and nominated nine other times (three for writing). Club’s only script recognition so far is from the WGA.

Last year, Oscar’s screenwriting categories had a few wild cards, like foreign language winner Amour, Flight, Moonrise Kingdom, and Beasts of the Southern Wild, none of which lined up significantly with other award ceremonies. The year before that it was Margin Call and foreign language winner A Separation. In 2011, it was Mike Leigh’s unscripted Another Year, following 2010’s surprise nod for the unscripted In The Loop.

For a possible upset in the adapted category, Tracy Letts’ adaptation of his play, AUGUST: OSAGE COUNTY, nominated for a WGA and Critics’ Choice award, could trump anything but Slave. Another unexpected nod could come from this weekend's surprise box office hit Lone Survivor by Peter Berg, which took the WGA nomination they couldn't give to Slave.
Saving Mr. Banks has an outside chance of ousting the Coen Brothers or Woody Allen on the original side, though its script has so far only been recognized by BAFTA’s special Debut British Writer category. A stronger possibility is GRAVITY, the only movie in last year’s top 12 highest grossers that was not part of a franchise. Its screenplay earned a BAFTA nod, and with technical categories factored in, it's expected to place near the top of Oscar's most-nominations race amongst Slave and Hustle.
If a foreign film is going to sneak into the screenplay category again, it could be Italy’s The Great Beauty or Belgium’s The Broken Circle Breakdown.

But enough second-guessing. Throwing in one long-shot in each category, here are our final predictions.

What are your predictions?
Posted by scriptipps at 11:00 AM