Storytelling is about a hero who goes on a journey.

Sometimes it's a literal one, with the protagonist traveling great distances by car, bus, train, foot, horseback, covered wagon, kayak, or any combination of thereof, often thrown together with their last choice of traveling companions, enduring many unexpected hardships along the way, and ultimately learning more than they'd bargained for.

Here are five great "road movies" you may have missed. 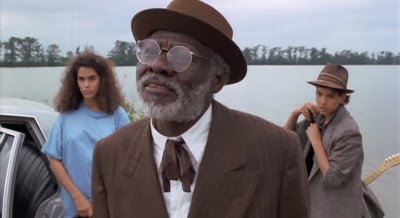 CROSSROADS (1986): A classically trained guitarist (Ralph Macchio, The Karate Kid) with a yen for the blues hobos from Julliard to Mississippi in search of a legendary lost song by bluesman Robert Johnson. He is accompanied by Johnson's last surviving bandmate, Willie Brown (Joe Seneca), who is desperate to get back to the Delta to undo a deal he'd made with the devil at the crossroads of his youth. Along the way, Jami Gertz (The Neighbors) teaches the younger musician the true meaning of the blues. Directed by Walter Hill (The Warriors, 48 hrs.) and written as a student screenplay by John Fusco at NYU, the film is often confused with the unrelated, same-named Britney Spears vehicle from 2002. 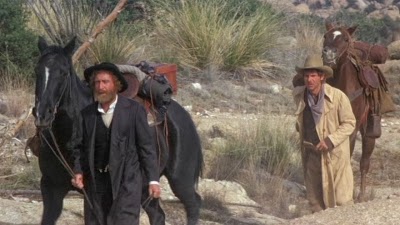 THE FRISCO KID (1979): Willy Wonka and Han Solo team up as an incompetent Polish rabbi making his way across 1850s America to deliver a torah to a congregation in San Francisco and a hard-edged bank robber navigating him through treacherous Indian territory. Originally intended as a John Wayne vehicle, the comedy-Western, directed by Robert Aldrich (The Dirty Dozen), stars Gene Wilder and Harrison Ford, with a script by the writers of Black Bart (a failed TV pilot spin-off of Blazing Saddles). 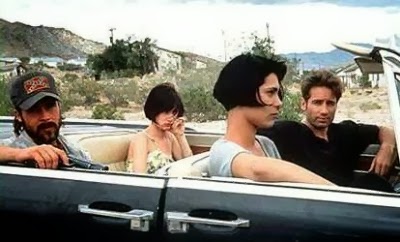 KALIFORNIA (1993): David Duchovny (The X-Files, Californication) stars as a journalist who takes his photographer girlfriend (Michelle Forbes) on a cross-country tour of infamous murder sites as they collaborate on a book on serial killers. To cut costs, they ride-share with Early Grayce (Brad Pitt) and his girlfriend (Juliette Lewis), unaware their passenger is himself a psychotic serial killer. Written by Tim Metcalfe (Revenge of the Nerds), the R-rated thriller was directed by Dominic Sena (Gone in Sixty Seconds). 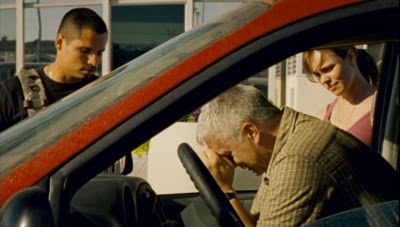 THE LUCKY ONES (2008): A trio of U.S. soldiers coming home from Afghanistan, two on leave, the other at the end of his tour, are thrown together when a shortage of rental cars at JFK forces them to rideshare across the country. Director and co-writer Neil Burger (Limitless, Divergent) uses the opportunity to capture a snapshot of America's varied attitudes toward the war at the time. With three beautifully developed characters played by Tim Robbins (The Shawshank Redemption), Michael Peña (Crash), and Rachel McAdams (The Time Traveler's Wife, About Time), this character-driven gem was overshadowed by The Hurt Locker, which was released the same year. 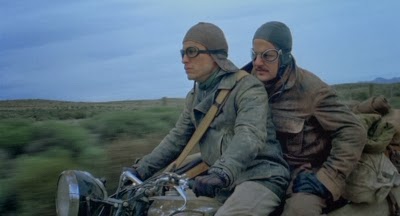 THE MOTORCYCLE DIARIES (2004): A young medical student and his best friend set off to see the world on a broken-down motorcycle in 1950s South America. Along the way they look for love, explore Incan ruins, and visit a leper colony. Based on the true adventures of Ernesto "Che" Guevara (Gael Garcia Bernal), who would later become a leader in the Cuban Revolution, and Alberto Granado (Rodrigo de la Serna), the story's diarist, the film was directed by Walter Salles (On the Road), won an Oscar for its score by Jorge Drexler, and was nominated for its screenplay by José Rivera.

For valuable screenwriting tips and a scene-by-scene deconstruction of the Oscar-winning screenplay for Alexander Payne's Hawaiian road movie The Descendants, read ScripTipps: The Descendants.
Posted by scriptipps at 3:00 PM