How does going to a prestigious film school help you break into the industry? Is it ever too late to start down that path? What happens when you get there?

Steve Boman shares his answers to these questions in his 2011 memoir, FILM SCHOOL, from the perspective of an outsider who overcame high-stakes obstacles to beat the odds. 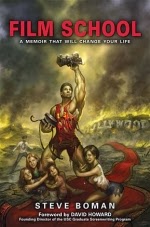 A self-described Midwestern family man with no filmmaking experience, Boman uprooted his life in his 40s to pursue a graduate degree from the USC School of Cinematic Arts. 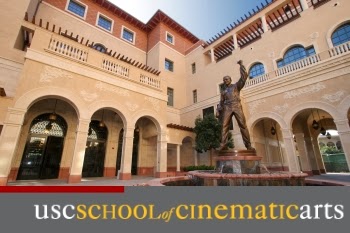 His tome fills in the details, semester-by-semester, of the hard work and politics required to survive in this environment that mimics the entertainment business. 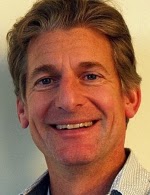 “Here’s the bottom line, the dirty truth about film school: film school is a constant competition. The entertainment world has thousands upon thousands of wannabes. The odds of success are so long that people instinctively gravitate toward those they think might better their odds.”

Boman was not one of those odds-strengthening people others gravitated toward, and after his first semester, he gave up. Two years later, a near-fatal car accident pushed him back to USC to finish pursuing his dream. Then, on the morning of his first class, he had a stroke. Told by his family doctor to return home to Minneapolis for surgery, he decided to stay and conquer film school once and for all.

And conquer he does. USC regularly brings in industry pros to work with their students. This is how Ted Gold, former head of FOX’s drama division, heard Boman’s practice pitch for an original series based on his pre-film-school life as an organ transplant coordinator.

That pitch became THREE RIVERS. The pilot was shot six weeks before Boman graduated USC. Though it lasted only half a season on CBS, final act of the book takes us through the show’s gestation step by step, from finding a show runner to battling a hundred other pilots for a thirteen-episode order.

When you hear about a freshman showgetting canceled, you consider the show a failure. As this last section of FILM SCHOOL illustrates, every show that makes it to air has already won a marathon on a long, winding, and treacherous course.

FILM SCHOOL is a must-read road-map for anyone embarking on the USC journey and anyone curious about how to successfully pitch and sell a TV series from outside the industry.
Posted by scriptipps at 12:00 PM