First there was the Twilight franchise. Four YA novels by Stephenie Meyer adapted into five screenplays by one screenwriter -- Melissa Rosenberg, whose only prior feature writing credit was Step Up. The movies made more than $1.3 billion.

As that golden goose reached its golden years, Summit moved on to The Hunger Games. Three YA novels by children's television writer Suzanne Collins (Clarissa Explains It All, Wow! Wow! Wubbzy!), turned into four films.
Collins shares a screenwriting credit on the first movie, but after she turned in her first draft, Summit decided to bring in an A-list lineup of talent to revise that script and draft the next three.

Billy Ray (Captain Phillips, Breach) came on board first. Ray added a subplot with Gale breaking into the Capitol during the Games to persuade Haymitch to get off his drunk ass and help Katniss. Obviously, none of this ended up being used.

A well-respected script doctor and WGA board member, Ray's first film as director was 2003's Shattered Glass, which he also wrote. 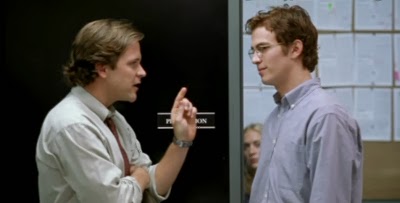 The script tells the true story of The New Republic journalist Stephen Glass (Hayden Christensen), who turns in dozens of phony articles while his editor (Peter Sarsgaard) is forced to claw through a web of deceit to find out why an online competitor has found so many mistakes in one of his articles. Soon, the lies come crashing down around him like the districts taking down President Snow.

Ray's work on The Hunger Games was rewritten by the film's director, Gary Ross, best known for writing and directing Pleasantville (1998), about a town revolting against oppressive black-and-white attitudes. Ross was nominated for Oscars for three of his screenplays: Seabiscuit, Dave, and Big.

The son of Oscar-nominated screenwriter Arthur A. Ross (Brubaker), Gary wrote Big with his neighbor, Anne Spielberg (Steven's sister). The quintessential wish-fulfillment tale of a boy whose wish to become a grown-up comes true was the first feature writing credit for both scribes. 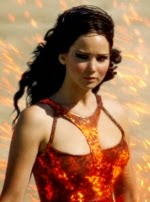 Ross opted out of The Hunger Games sequels, so the job of adapting the second novel, Catching Fire, went to British screenwriter Simon Beaufoy. Like Ross, Beaufoy was Oscar-nominated for his first produced feature script, The Full Monty (1997). He shared another nomination with filmmaker Danny Boyle in 2011 for 127 Hours after winning the gold for his adapted script for Boyle's Slumdog Millionaire. 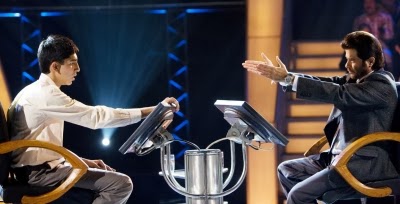 This unlikely box office hit tells the life story of a young man (Dev Patel) from the slums of Mumbai in non-linear flashbacks to show how he comes to know the answers to a set of quiz show questions that are about to make him a millionaire. An epic love story is skillfully woven through the complex narrative.

Beaufoy's work on Catching Fire was then handed off to Michael Arndt. An Academy Award winner for his first produced screenplay, Little Miss Sunshine, Arndt followed up his triumphant debut with a nomination for his second script, Toy Story 3. 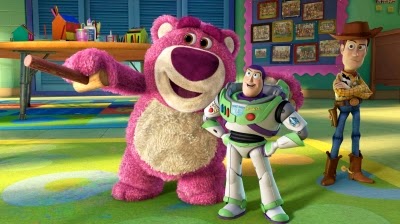 Picking up eleven years after the previous sequel, Andy heads off to college. Left behind, the toys end up at a daycare center where they take a beating from rambunctious toddlers. Like the citizens of District 12, their situation worsens but, as always, they are able to team up to set things right. Arndt delivered it all in a script that reduced many grown men to tears.

Tapped to pen both The Hunger Games: Mockingjay - Part 1 and The Hunger Games: Mockingjay - Part 2 is former Buffy the Vampire Slayer, The Gilmore Girls, and Mad Men actor Danny Strong. No stranger to writing about the type of political gamesmanship found in Panem, Strong had a hit with Lee Daniels' The Butler, a chronicle of the Civil Rights movement told through the eyes of a long-term White House servant, and scored back-to-back Emmys for his pair of HBO political docu-dramas, Recount and Game Change, covering the 2000 and 2008 U.S. presidential elections, respectively. 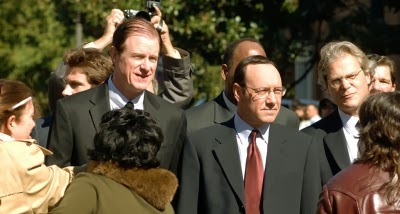 The extraordinarily convoluted case of Bush v. Gore captivated the divided nation for 35 days in late 2000. Eight years later, Strong's teleplay recounted the events, taking us behind the scenes, distilling the many misunderstood details, and capturing the compelling drama of the game.